How To Make Your Smartphone A Mobile Office Workhorse 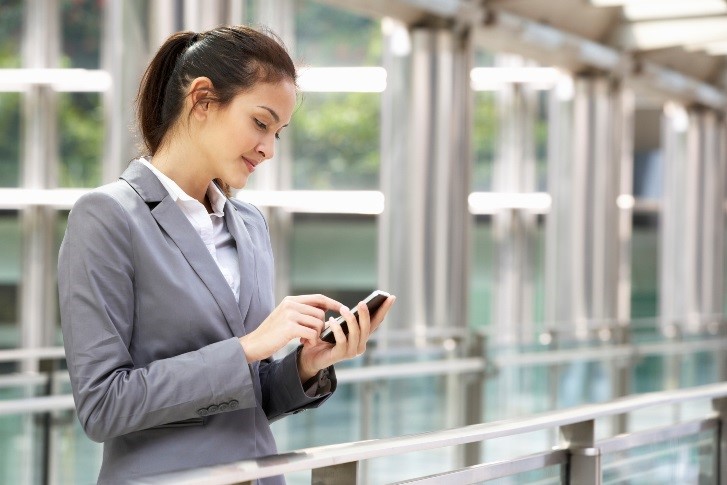 Smartphones are a workplace double-edged sword. On one side, they are mobile computers, capable of performing useful functions, and getting real work done. On the other, they can be a distraction: texting, web browsing, gaming and more. The temptation to goof off is real, but so is the productivity power.

The threat of off-task usage is often a major point against using (or having) the devices in the workplace. The trick to staying productive is not just having the willpower to avoid distraction, but also knowing how to get the most out of the device. Communication and boundaries must be clear from the get-go.

Using a smartphone when it’s appropriate:

As a second screen — When you don’t have the luxury of a second monitor, a smartphone can make itself useful doubling as a “second screen.” Use it as a companion to your desktop when you have several windows open and need ready access to e-mail or another document. Or use it while you step away from your desk.

Smartphones and tablets can keep us productive while we move—whether we are moving to a meeting across the building, or across town. It could be used to write or edit documents, check and respond to e-mail.

Voice/note/image recording — Record audio from a meeting or phone call. Some smartphones have an audio recorder built right in. Those that don’t can use a number of apps to get the job done, such as Cogi Notes & Voice Recorder.

If you need to take down a few notes, like the audio recorder, many smartphones have a note app installed. Alternatively, an app like Evernote can sync with other devices, meaning you have your notes wherever you need them. No more misplaced or lost notes!

Cameras are ubiquitous on smartphones. Take a picture of a whiteboard scribbled with the meeting notes, or grab a shot of documents for later use. A smartphone camera is particularly useful when you don’t have a scanner handy.

Document editing — Many mobile office suites, such as Microsoft Office Mobile (Excel, PowerPoint, and Word) make creating and editing documents on the go nearly as easy as working on their desktop counterparts.

When you are conscious of the ways your smartphone or tablet can help in the workplace, it can make sense to use it in concert with a desktop computer. If using an additional device boosts productivity or efficiency, then the risk of distraction can be worth the reward. Smartphones and other mobile devices aren’t for every workplace. They have value, if you achieve a boost in productivity.