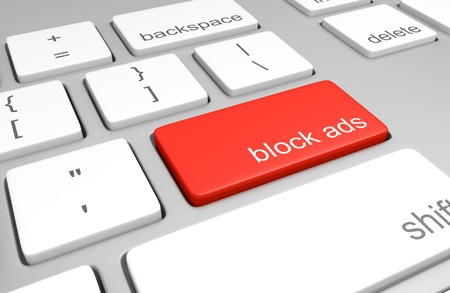 If you’re doing business online, then you probably know about ad blockers and have accepted the fact that they aren’t going anywhere anytime soon. And, as if there aren’t enough obstacles to selling online, there’s a new beast on the horizon that takes ad blocking to another level: It’s called Polaris and it’s a new ad blocking technology embedded in its own Opera browser.

Unlike what we’ve faced in the past with ad blocking extensions in Chrome, Firefox and other popular browsers, Opera’s new ad blocking technology is native—at the web engine level—meaning that it’s more powerful and insidious to get around. Developed by techxperts at Harvard, the technology maps out a sequence for downloading a web page’s info bits, resulting in fewer network trips for the browser, and thus, faster page load times. For businesses that advertise online, it is a little worrisome.

Why is this happening, why!? It’s about improvements to page loading speed. We all know there’s nothing more exasperating than waiting for a page to load. We will sit patiently for about 2 seconds and if it goes beyond that, we’re freaking out and writing complaint letters to the technology companies—or cussing out the computer and getting up to grab a sandwich so we don’t have to deal with watching the spinning “page loading” icon.

Even more than that, people are sick of the bloated online ads that not only suck up bandwidth to load up, but oftentimes obstruct the content you’re reading and refuse to close down when you X them out. Or the ads with the unsavory DOWNLOAD buttons that, if clicked, could send you a virus. Tracking and privacy are also concerns.

So you can’t blame the world if it wants to block ads. Remarked one spokesperson for Opera: “Ad-blocking technology is an opportunity and a wake-up call to the advertising industry to pay attention to what consumers are actually saying.” This means that it might be time for businesses to create better ads—relevant, engaging, non-annoying ads. They might be the only ads that get through if the future of ad blocking is anything like Polaris.

Opera boasts that, with its Polaris ad blocker, their browser runs, on average, 45 percent faster than Google Chrome with Ad Block Plus extension, and 21 percent speedier than Firefox. That makes it enticing enough to worry about.

You probably don’t need to worry about Opera blocking your ads yet since it is a relatively unknown and unused browser compared to Chrome and the other top names. But as it is the way things are going to increase internet speeds, one should take heed and begin to look at the types of ads you’re creating—making them sleeker and smoother and more unobtrusive. And possibly at other avenues that don’t rely so much on ads, such as inbound marketing.

PCWorld has a more detailed techy explanation on the story…